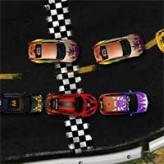 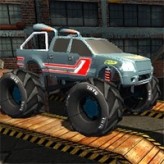 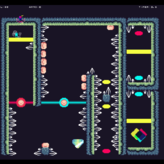 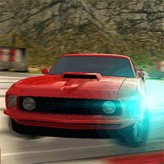 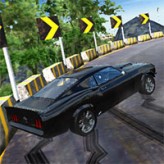 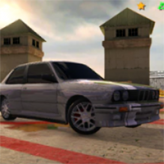 Race against your rival or bust a fugitive racer in this top-down racing game. Drift on the edges of the track to refill your nitro fuel in Swift Burnout! Join the tournament or deliver swift justice as drive across 5 different race tracks.

Swift Burnout is 2D racing game in a bird’s eye view. The game features several different cars to unlock, and 5 different tracks to play on. Swift Burnout is unique as it features 5 different game modes – each with different objectives. The five game modes are: Title Fight where you race against multiple racers for first place, Tough Justice where you play as a cop and your goal is to bust several speed offenders by bumping in their cars, First Offense that is just another name for time attack, and VS Titus where you go on a one on one race against your rival racer.

Play Swift Burnout game online in your browser free of charge on Arcade Spot. Swift Burnout is a high quality game that works in all major modern web browsers. This online game is part of the Racing, Sports, Driving, and Challenge gaming categories. Swift Burnout has 1 likes from 1 user ratings. If you enjoy this game then also play games Swift Monster Truck 3D and Swift Kaleido. Arcade Spot brings you the best games without downloading and a fun gaming experience on your computers, mobile phones, and tablets. New arcade games and the most popular free online games are added every day to the site.