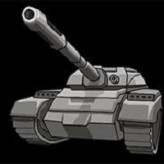 One of the most popular classic tank game is back with a bang. Destroy the enemy tanks and defend your military base in Super Battle City 2! Upgrade your tank and capture turrets in this retro-style tank shooting game. Purchase new equipment and do everything to protect your base.

Play Super Battle City 2 game online in your browser free of charge on Arcade Spot. Super Battle City 2 is a high quality game that works in all major modern web browsers. This online game is part of the Arcade, Strategy, Platform, and Challenge gaming categories. Super Battle City 2 has 1 likes from 1 user ratings. If you enjoy this game then also play games Super Mario Bros. and Super Mario 64. Arcade Spot brings you the best games without downloading and a fun gaming experience on your computers, mobile phones, and tablets. New arcade games and the most popular free online games are added every day to the site.