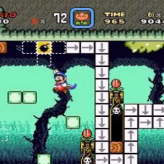 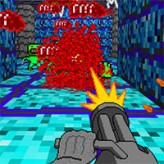 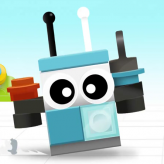 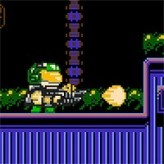 Step into the adventure, SMW: Bits and Pieces. A rendition of the Super Mario World, with an added twist. A side-scrolling platformer goes back to the same adventure but with more hazards and challenges the previous time around.

Get to the goalpost at the end and collect power-ups. Start with an overworld map a side-scrolling field. The game's overworld map shows the current world and the paths that the player can navigate, several of them leading to a castle. Action panels, fortresses, and ghost houses are still present. Jump, dodge, and run, defeating enemies along the way. Power-ups return to make your adventure more fun. Collect Power Mushrooms to make you bigger, a star to make you invincible, or get the Fire Flower and blow your competition away. No swapping between Mario and Luigi. You will play as the Red guy for the rest of the game. Finish all levels and get to the castles and defeat the smaller bowsers. Powers up not enough, get the best of them all, the Cape Feather. Giving you the ability to float and dodge more dangers in the game. Impossible will be an afterthought. SMW: Bits and Pieces give you the adventure but with more features giving it more playability value. No more looking for the princess in another castle.

Play SMW: Bits and Pieces game online in your browser free of charge on Arcade Spot. SMW: Bits and Pieces is a high quality game that works in all major modern web browsers. This online game is part of the Arcade, Platform, SNES, and Mario gaming categories. SMW: Bits and Pieces has 2 likes from 2 user ratings. If you enjoy this game then also play games SMW: The Great Alliance and SMW: The Hunt For The Magical Key. Arcade Spot brings you the best games without downloading and a fun gaming experience on your computers, mobile phones, and tablets. New arcade games and the most popular free online games are added every day to the site.