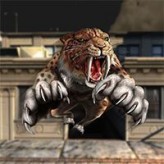 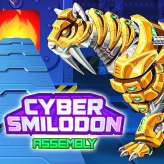 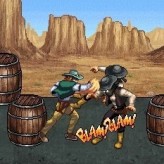 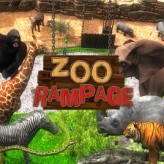 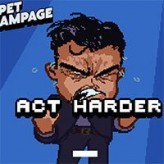 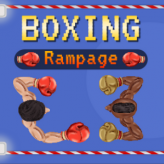 The humans have imprisoned you and made you a thing for decoration! Control a wild tiger and teach those humans a lesson in Smilodon Rampage! Use your claws and your fangs and wreck havoc to the city. Slay as many humans as you can and destroy all in your path!

Smilodon Rampage is a side scrolling destruction game where you control dangerous tiger that is of a different species. Your goal is to escape your imprisonment and make a rampage on the city streets. Teach those humans a lesson and prove to them that you’re on top of the food chain! Do as much damage and destruction as you can in all 16 levels! Pick up a body and save it for dinner!

Play Smilodon Rampage game online in your browser free of charge on Arcade Spot. Smilodon Rampage is a high quality game that works in all major modern web browsers. This online game is part of the Arcade, Action, Ragdoll, and Challenge gaming categories. Smilodon Rampage has 1 likes from 1 user ratings. If you enjoy this game then also play games Cyber Smilodon Assembly and Rampage. Arcade Spot brings you the best games without downloading and a fun gaming experience on your computers, mobile phones, and tablets. New arcade games and the most popular free online games are added every day to the site.