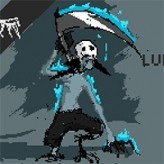 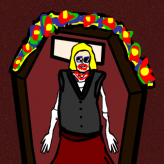 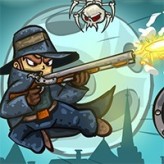 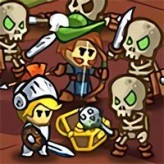 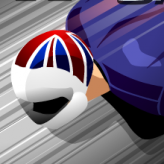 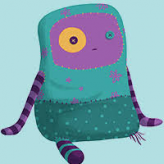 Growing skeletons was never easy, and now the humans are making it even more difficult! Whack and slash the coming human soldiers and protect your seedlings in Skeleton Gardens! Plant skeleton seeds to create a skeleton army and hold your ground against hordes of humans!

Skeleton Gardens is a retro styled hack and slash side scrolling game where you take the role of a grim reaper. In this game, your goal is to get through the entire level by fighting off hordes of humans. You must collect seeds and use it to cast your undead and unworldly skills. You may also plant the seeds to grow a skeleton army and produce more seeds after some time.

Play Skeleton Gardens game online in your browser free of charge on Arcade Spot. Skeleton Gardens is a high quality game that works in all major modern web browsers. This online game is part of the Arcade, Strategy, Retro, and Challenge gaming categories. Skeleton Gardens has 1 likes from 1 user ratings. If you enjoy this game then also play games Skeleton Dress Up and Skeleton Krew. Arcade Spot brings you the best games without downloading and a fun gaming experience on your computers, mobile phones, and tablets. New arcade games and the most popular free online games are added every day to the site.