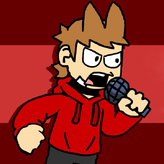 Friday Night Funkin' vs Impostor Among Us
advertisement

Oh no! The terrorists are at it again! But this time, all leaders around the world have united to a single cause! Put a stop to the terrorist’s plans and teach them a lesson in Presidents vs Terrorists! Throw the terrorist across the field, punch it, bat it, bomb it! Do anything to get rid of them in this funny distance game.

Presidents vs Terrorists is a funny troll distance game where the most influential leaders around the world where reunited for a single purpose of destroying the terrorist by themselves. Help the leaders Barack Obama, Queen Elizabeth, Merkel, Kim Jong Un, Hollande, and Putin kick out the evil of the world. Call in air strikes, use a strong French Bread, or punch the terrorist on the face! Do everything and anything to get the terrorists’ butts out!

Play Presidents vs Terrorists game online in your browser free of charge on Arcade Spot. Presidents vs Terrorists is a high quality game that works in all major modern web browsers. This online game is part of the Arcade, Action, Challenge, and Miscellaneous gaming categories. Presidents vs Terrorists has 1 likes from 1 user ratings. If you enjoy this game then also play games Friday Night Funkin VS Sky Full Week and Marvel Vs. Capcom: Clash of Super Heroes. Arcade Spot brings you the best games without downloading and a fun gaming experience on your computers, mobile phones, and tablets. New arcade games and the most popular free online games are added every day to the site.