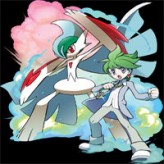 Become the cool hero Wally and explore the Pokemon world in his perspective! Become the Pokemon League Champion and surpass Brendan in Pokemon Wally! Start out in the city of Petalburg and start your destiny anew!

Pokemon Wally (officially Pokemon Emerald: Wally Version) is a Pokemon Emerald ROM hack set in an alternate timeline where Wally took on the spotlight. The game attempts to tell the story and unfold the mystery of Wally’s journey and training. This overhaul ROM hack features an added buff to many Pokemon, tougher Gym leaders, a genuine 3rd Generation feel to the game, an option to do single or double battles, and so much more. See the world inside Wally’s eyes! Good luck and have fun!

There have been 6 likes from 8 votes on this game.

Play Pokemon Wally game online in your browser free of charge on Arcade Spot. Pokemon Wally is a high quality game that works in all major modern web browsers. This online game is part of the Adventure, Strategy, GBA, and Pokemon gaming categories. Pokemon Wally has 6 likes from 8 user ratings. If you enjoy this game then also play games Pokemon Fire Red Version and Pokemon Emerald Version. Arcade Spot brings you the best games without downloading and a fun gaming experience on your computers, mobile phones, and tablets. New arcade games and the most popular free online games are added every day to the site.