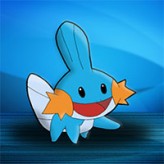 One of the most advanced Pokemon ROM Hacks is here! Fight against a stronger Eliter Four and become the next Pokemon Champion in Pokemon Sigma Emerald! Capture and create a powerful Pokemon team composed of the strongest Pokemon from Generation 1 to 3!

Pokemon Sigma Emerald is a Pokemon ROM hack based on the Pokemon Emerald. Originally created by username Tlachtli, the game aims to resemble the 3rd generation games. Although the original ROM hack was discontinued, username DraconianWing decided to continue the hack. The game features animated DS-style sprites, mugshots, and other advanced features that make the game a lot prettier and fancier than the original. The game also features a lot of bug fixes, balance tweaks, as well as increased overall difficulty.

There have been 34 likes from 35 votes on this game.

Play Pokemon Sigma Emerald game online in your browser free of charge on Arcade Spot. Pokemon Sigma Emerald is a high quality game that works in all major modern web browsers. This online game is part of the Adventure, Strategy, GBA, and Pokemon gaming categories. Pokemon Sigma Emerald has 34 likes from 35 user ratings. If you enjoy this game then also play games Pokemon Fire Red Version and Pokemon Emerald Version. Arcade Spot brings you the best games without downloading and a fun gaming experience on your computers, mobile phones, and tablets. New arcade games and the most popular free online games are added every day to the site.