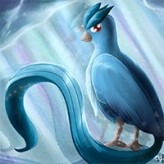 It’s not about having the prestige title anymore! Save the entire world and the kingdom from the threat in Pokemon Red Frost! Try to solve the mystery, stop the power imbalance, defeat the Red Frost, and go back home safely!

Pokemon Red Frost os a cool ROM hack based on Pokemon FireRed. Created by username Viktor Black, this game focuses on the protagonist who just want to keep his kingdom safe. In this game, a king who just wants peace and prosperity, as well as safety for his kingdom sought the power of darkness and turned himself into the Red Frost. Bent on its power, the King now wants to rule over the entire world. Start your journey as a Pokemon trainer with a destiny of stopping te King and defeating the Red Frost. Good luck and have fun!

There have been 39 likes from 40 votes on this game.

Play Pokemon Red Frost game online in your browser free of charge on Arcade Spot. Pokemon Red Frost is a high quality game that works in all major modern web browsers. This online game is part of the Adventure, Strategy, GBA, and Pokemon gaming categories. Pokemon Red Frost has 39 likes from 40 user ratings. If you enjoy this game then also play games Pokemon Fire Red Version and Pokemon Emerald Version. Arcade Spot brings you the best games without downloading and a fun gaming experience on your computers, mobile phones, and tablets. New arcade games and the most popular free online games are added every day to the site.