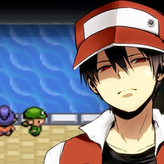 Experience playing through the region of Kanto with nothing but Unova Pokemon in this awesome ROM hack Pokemon Kanto Black! Enter Battle Facilities and explore the beautiful Sevii Islands in this wonderful ROM hack.

Pokemon Kanto Black is a remake of the classic Pokemon Fire Red Version featuring the region of Kanto. However, in this game, the world is filled with nothing but 5th and 6th generation Pokemon, with only Eevee as an exception. The game features two regions in which you can capture all Pokemon: Kanto which holds the 5th Generation, and Sevii islands which hold the 6th Generation. This hack also features various mini-games, working VS Seeker, and a whole lot more. Enjoy a new adventure into the region of Kanto!

There have been 72 likes from 75 votes on this game.

Play Pokemon Kanto Black game online in your browser free of charge on Arcade Spot. Pokemon Kanto Black is a high quality game that works in all major modern web browsers. This online game is part of the Adventure, Strategy, GBA, and Pokemon gaming categories. Pokemon Kanto Black has 72 likes from 75 user ratings. If you enjoy this game then also play games Pokemon Fire Red Version and Pokemon Emerald Version. Arcade Spot brings you the best games without downloading and a fun gaming experience on your computers, mobile phones, and tablets. New arcade games and the most popular free online games are added every day to the site.