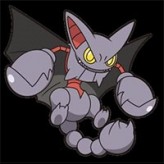 After our heroes thwarted the plans of Team Aqua and Team Magma, the two rival gangs moved to Regma Region to carry out their plans! Stop them from ruining your region and save everyone from the destruction they will undoubtedly cause in Pokemon Fluorite!

Pokemon Fluorite is a wonderful ROM hack based on the official Pokemon Emerald version. The game takes place in the new region called Regma where rumors of Team Aqua and Team Magma’s appearances began. In this game, you found out that the two rival teams wish to continue their destructive ways, and this time, they want to do it in the region you live in! Become the hero of the region and start your adventure with one of the two rare Pokemon: Gilgar or Sneasel.

There have been 36 likes from 41 votes on this game.

Play Pokemon Fluorite game online in your browser free of charge on Arcade Spot. Pokemon Fluorite is a high quality game that works in all major modern web browsers. This online game is part of the Adventure, Strategy, GBA, and Pokemon gaming categories. Pokemon Fluorite has 36 likes from 41 user ratings. If you enjoy this game then also play games Pokemon Fire Red Version and Pokemon Emerald Version. Arcade Spot brings you the best games without downloading and a fun gaming experience on your computers, mobile phones, and tablets. New arcade games and the most popular free online games are added every day to the site.