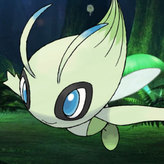 Embark on a new Pokemon Adventure with the two characters Romeo and Juliet in this fan-made romantic Pokemon hack – Pokemon Crazy Vie! Enjoy your new adventure with the next generation of trainers in this awesome rom hack.

Pokemon Crazy Vie is a Pokemon ROM hack with the base ROM Pokemon Fire Red Version. Created by a girl under the username KTY, the game brings new looks, and new storyline! 20 years after Ash won his championship title, he got married and had a daughter named Juliet. His ones rival Gary, also got married and his son was no other than Romeo. In this game, Romeo and Juliet are close friends who grew up with each other. Both of them wants to follow on their dad’s footsteps. One day, they both met Professor Brock and their journey begins!

There have been 15 likes from 16 votes on this game.

Play Pokemon Crazy Vie game online in your browser free of charge on Arcade Spot. Pokemon Crazy Vie is a high quality game that works in all major modern web browsers. This online game is part of the Adventure, Action, GBA, and Pokemon gaming categories. Pokemon Crazy Vie has 15 likes from 16 user ratings. If you enjoy this game then also play games Pokemon Fire Red Version and Pokemon Emerald Version. Arcade Spot brings you the best games without downloading and a fun gaming experience on your computers, mobile phones, and tablets. New arcade games and the most popular free online games are added every day to the site.