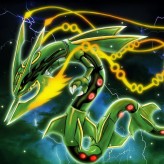 Defeat the Elite Four and beat your rival named Fatal in this cool Pokemon ROM hack! Be careful of the “bad guys” who uses Pokemon to murder people in Pokemon 2Awesome! Start another cool adventure and good luck!

Pokemon 2Awesome is a sequel to the first ROM hack Pokemon Awesome created by the same author. Unlike the first hack that was based on Pokemon Fire Red, Pokemon 2Awesome was based on the original game Pokemon Emerald. The game features an entire story line, many new scripts and events, a new map to explore, a dozen of side events with awesome rewards, lots of new trainers, and tougher NPCs (especially the Elite Four). In this game, there are also some murder victims that was slain by the “bad guys”. Be careful as the “bad guys” will meet with you soon.

There have been 11 likes from 15 votes on this game.

Play Pokemon 2Awesome game online in your browser free of charge on Arcade Spot. Pokemon 2Awesome is a high quality game that works in all major modern web browsers. This online game is part of the Adventure, Strategy, GBA, and Pokemon gaming categories. Pokemon 2Awesome has 11 likes from 15 user ratings. If you enjoy this game then also play games Pokemon Fire Red Version and Pokemon Emerald Version. Arcade Spot brings you the best games without downloading and a fun gaming experience on your computers, mobile phones, and tablets. New arcade games and the most popular free online games are added every day to the site.