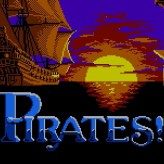 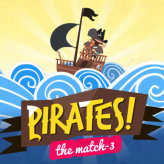 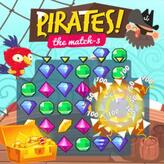 Explore the seven seas and become a privateer working secretly for various empires in this open-world action-adventure video game – Pirates! Sail across the Caribbean oceans and plunder other ships and trade routes.

Pirates! (also known as Sid Meier’s Pirates) is a classic open-world action-adventure strategy video game released for the Nintendo Entertainment System (NES) back in 1987. In this game, the player receives a letter of marque authorizing service as a privateer for various warring empires; Spanish, Dutch, England, and French. This game is the original classic old school game and was later recreated in 2004 due to its success. Choose your era and sail across the seas! Serve the empire you choose secretly and attack the enemy empires under the banner of a pirate! Have fun!

Play Pirates! game online in your browser free of charge on Arcade Spot. Pirates! is a high quality game that works in all major modern web browsers. This online game is part of the Adventure, Arcade, Emulator, and NES gaming categories. Pirates! has 5 likes from 5 user ratings. If you enjoy this game then also play games Pirates! The Match-3 and Pirates! The Match-3. Arcade Spot brings you the best games without downloading and a fun gaming experience on your computers, mobile phones, and tablets. New arcade games and the most popular free online games are added every day to the site.