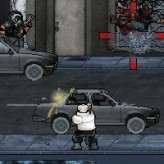 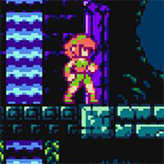 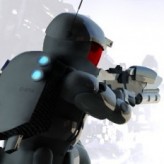 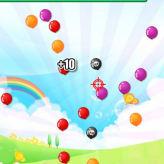 Shoot anything that moves and shoot away your enemies’ heads in this action packed side scrolling shooting game – Ownage Burst! Throw a grenade to groups of enemies to take care of all of them with a single blast. Watch out for enemy fire and take cover behind cars.

Ownage Burst is a retro-style side-scrolling shooting game with no story, no drama, just pure action. In this game, you will control a white haired man equipped with nothing but a handgun and a handful of grenades. Your goal is to kill anyone who tries to harm you as you pass the street. The game features pixelated retro style graphics similar to Metal Slug. Ownage Burst is a very challenging action game that requires well-aimed precision shooting and reflexes.

Play Ownage Burst game online in your browser free of charge on Arcade Spot. Ownage Burst is a high quality game that works in all major modern web browsers. This online game is part of the Arcade, Shooting, Retro, and Challenge gaming categories. Ownage Burst has 2 likes from 2 user ratings. If you enjoy this game then also play games Demon Burst and Digimon Story: Sunburst. Arcade Spot brings you the best games without downloading and a fun gaming experience on your computers, mobile phones, and tablets. New arcade games and the most popular free online games are added every day to the site.