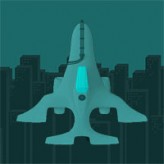 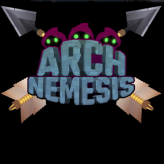 Pilot an advanced fighter plane and fight waves after waves of enemy aircraft and anti-air vehicles and ships in this action-packed game – Nemesis! Push your skill to the maximum and use a different fighter plane to suit your playstyle!

Nemesis is a fast-paced action-packed bullet-hell dog fighting video game that was inspired by the game Luftrauser. This game features an endless level where enemies spawn without an end. Your task is to sink down as many battleships, defeat as many fighter planes, and destroy as many anti-air vehicles and structures before finally seeing the end. Become an ace pilot and survive for as long as you can while taking down as many enemies as possible. The game is designed to be extremely hard and challenging. Good luck!

Play Nemesis game online in your browser free of charge on Arcade Spot. Nemesis is a high quality game that works in all major modern web browsers. This online game is part of the Arcade, Shooting, Skill, and Challenge gaming categories. Nemesis has 2 likes from 2 user ratings. If you enjoy this game then also play games Resident Evil 3: Nemesis and Marvel Nemesis: Rise of the Imperfects. Arcade Spot brings you the best games without downloading and a fun gaming experience on your computers, mobile phones, and tablets. New arcade games and the most popular free online games are added every day to the site.