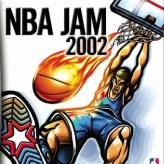 Join an over-the-top two-on-two basketball game and play as your favorite team in this awesome sports video game – NBA Jam 2002! Execute super dunks, hangtime, on fire, and hotshots as you dominate the court.

The arcade-style NBA Jam debuts on the Game Boy Advance (GBA) handheld system with NBA Jam 2002. The game features all 29 NBA teams during the time with a total of more than 140 players. Developed by DC Studios and released by Acclaim Entertainment, the game is a licensed basketball simulation for the 2002 and 2003 NBA season. The game is the last of the NBA Jam series to include a year on its title, following NBA Jam 2001. Choose your favorite team, conquer the court, and do some awesome super dunks! Have fun!

Play NBA Jam 2002 game online in your browser free of charge on Arcade Spot. NBA Jam 2002 is a high quality game that works in all major modern web browsers. This online game is part of the Sports, Skill, Emulator, and GBA gaming categories. NBA Jam 2002 has 7 likes from 7 user ratings. If you enjoy this game then also play games NBA Jam and Pokemon Pinball - Ruby & Sapphire. Arcade Spot brings you the best games without downloading and a fun gaming experience on your computers, mobile phones, and tablets. New arcade games and the most popular free online games are added every day to the site.