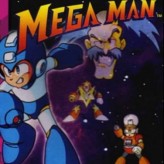 Mega Man is an action platformer arcade video game released for the Sega Game Gear gaming console back in 1995. The game is based on the NES version of Mega Man 4 and 5, having many elements from these two games. However, the Game Gear version is more challenging as it lacks the continue feature, among many others. The game also features a password system to allow continuation any time. This is the only game in the franchise to be ever released on the Sega Game Gear gaming console.

Play Mega Man game online in your browser free of charge on Arcade Spot. Mega Man is a high quality game that works in all major modern web browsers. This online game is part of the Arcade, Action, Emulator, and SEGA Game Gear gaming categories. Mega Man has 8 likes from 8 user ratings. If you enjoy this game then also play games Pokemon Mega Emerald X & Y and Pokemon Omega Ruby. Arcade Spot brings you the best games without downloading and a fun gaming experience on your computers, mobile phones, and tablets. New arcade games and the most popular free online games are added every day to the site.