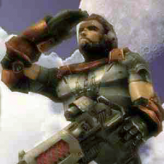 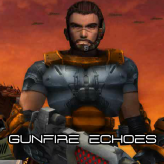 A mechanical alien race has invaded the earth and killed 3/4 of the Earth’s population! Defend the last of mankind against the invaders in Gunfire Echoes! Use your guns, turrets, and special abilities to prevent the enemy forces from destroying your base.

Gunfire Echoes is a shooter defense game where you take control of a commander of the last of Earth’s forces. After an advanced alien race invaded the Earth with their mechanized suits and obliterated most of Mankind, the remaining survivors grouped together and formed an organized militia. Now the enemies are advancing with the goal of mankind’s extinction. Lead the fight and defend your base in this awesome shooter game!

More controls are shown in game.

Play Gunfire Echoes game online in your browser free of charge on Arcade Spot. Gunfire Echoes is a high quality game that works in all major modern web browsers. This online game is part of the Arcade, Strategy, Skill, and Challenge gaming categories. Gunfire Echoes has 2 likes from 2 user ratings. If you enjoy this game then also play games Gunfire Echoes 2 and Chrono Trigger - Crimson Echoes. Arcade Spot brings you the best games without downloading and a fun gaming experience on your computers, mobile phones, and tablets. New arcade games and the most popular free online games are added every day to the site.