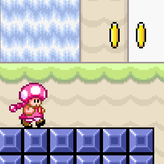 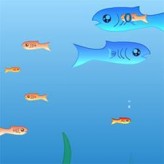 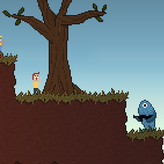 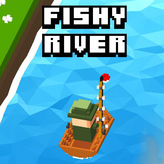 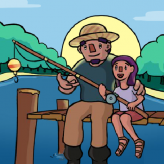 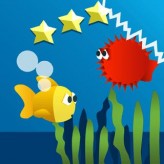 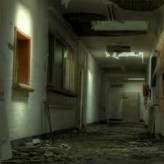 Fishy Escape is a challenging platformer game inspired by Mario. In this game, you must guide Toadette through a seemingly endless stage. Collect as many coins as you can and avoid all the dangers - including a very dangerous and aggressive fish.

The game features side-scrolling platformer gameplay with game mechanics and graphics akin to classic Mario games. However, there are some very obvious differences that make the game extremely hard and tricky - and that's the existence of the fish named Boss Bass. Boss Bass will try and bite you every chance it gets, and it will constantly follow you around in the middle of a rising tide. The controls are quite simple, Arrow keys will move your character, X is used to jump, and Z to run. Hold the Z button to run at the very beginning or else you will die a few seconds after starting the game. There will be plenty of enemies and obstacles waiting for you, and the tide will continue to rise and fall as you go. You must avoid falling off the water while collecting coins along the way. The coins will determine your final score. Do you have what it takes to complete the stage and make it out alive?

Play Fishy Escape game online in your browser free of charge on Arcade Spot. Fishy Escape is a high quality game that works in all major modern web browsers. This online game is part of the Arcade, Platform, and Mario gaming categories. Fishy Escape has 7 likes from 8 user ratings. If you enjoy this game then also play games Fishy and Fishy Rescue. Arcade Spot brings you the best games without downloading and a fun gaming experience on your computers, mobile phones, and tablets. New arcade games and the most popular free online games are added every day to the site.