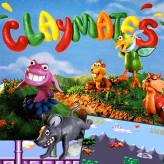 Play the role of a clay hero named Clayton as he tries to save his dad from inevitable danger in this platforming video game – Claymates! Use Clayton’s ability to turn and transform into various animals and get things done!

Claymates is an old-school platformer video game released back in 1993 for the Super Nintendo Entertainment System (SNES). In this game, Clayton’s father has developed a formula to manipulate clay into animals. However, an evil witch doctor wants the formula for himself to do his evil biddings. When Clayton’s father refused the witch doctor, he turned Clayton into clay and kidnapped the doctor and stole the formula. Now it is up to Clayton to use his new form to defeat the evil witch doctor and rescue his father.

Play Claymates game online in your browser free of charge on Arcade Spot. Claymates is a high quality game that works in all major modern web browsers. This online game is part of the Arcade, Retro, Emulator, and SNES gaming categories. Claymates has 1 likes from 1 user ratings. If you enjoy this game then also play games Super Mario World and Clue. Arcade Spot brings you the best games without downloading and a fun gaming experience on your computers, mobile phones, and tablets. New arcade games and the most popular free online games are added every day to the site.