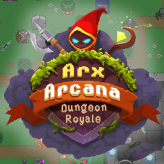 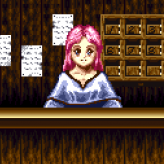 Travel to the land of Elemen and rage war against the sinister Galneon and his evil wizards in this classic role playing game – Arcana! Assume the role of Rooks and become the hero that the world needs.

Arcana is a classic role playing video game originally released under the title Card Master: Rimsalia no Fuuin. Released on the Super Nintendo Entertainment System back in 1992, this game is an early dungeon crawler game that represents all its characters as cards. In this game, you will play as the last surviving Card Master named Rooks. Find allies and save the land of Elemen from certain doom. Travel through thick forests, dungeons, and various lands o discover the secret that awaits.

Play Arcana game online in your browser free of charge on Arcade Spot. Arcana is a high quality game that works in all major modern web browsers. This online game is part of the Adventure, Retro, Emulator, and SNES gaming categories. Arcana has 2 likes from 2 user ratings. If you enjoy this game then also play games Arx Arcana: Dungeon Royale and Super Mario World. Arcade Spot brings you the best games without downloading and a fun gaming experience on your computers, mobile phones, and tablets. New arcade games and the most popular free online games are added every day to the site.