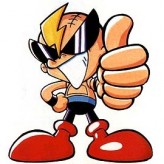 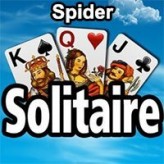 Take control of the punkish character Zonk who must face against King Drool from the Bonk series. Shoot down all your enemies and fight for peace in Air Zonk! Charge your shot and unleash a more powerful attack!

Air Zonk (also called Punkic Cyborg!/PC Denjin／Completion○／Clear×) is a side-scrolling action shooter video game released for the TurboGrafx-16 gaming console back in 1992. What differentiates Air Zonk from other similar shooter game is the fact that this game is very light-hearted and features many humorous bosses. The game features many characters and enemies from the Bonk series including the main antagonist King Drool who also seems to be the main antagonist in this game. Collect seven smiley faces to let your friends join you in the battle. Good luck!

Play Air Zonk game online in your browser free of charge on Arcade Spot. Air Zonk is a high quality game that works in all major modern web browsers. This online game is part of the Arcade, Shooting, Emulator, and TurboGrafx-16/PC Engine gaming categories. Air Zonk has 1 likes from 1 user ratings. If you enjoy this game then also play games Sonic Unfair and Avatar - The Last Airbender. Arcade Spot brings you the best games without downloading and a fun gaming experience on your computers, mobile phones, and tablets. New arcade games and the most popular free online games are added every day to the site.