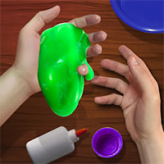 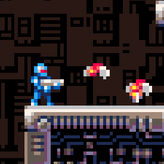 The base is infested with bug-like enemies! Put on your armor and defeat all the monsters in this Metroid-inspired game - X-Zero! Collect a huge variety of weapons and powerups and locate every terminal in the facility to gain access to the Hive Mind's chamber and destroy whatever is waiting inside.

X-Zero is a retro-styled video game created with PICO-8. This pixelated game features a similar game style as the Metroid and Duke Nukem series and even has many similarities with the two franchises. Because it is made with the PICO-8 engine, this game can also be played in your mobile browser using its on-screen keypad that resembles traditional button game controls. In this game, you will take control of an armored soldier wielding a powerful gun. The goal of the game is to locate and destroy the source of the monstrous bugs. The main protagonist has 3 lives and five hit points per life. He, or she, can also shoot on 6 different directions; forward, diagonal upward, and diagonal downward on both left and right. However, the soldier can't shoot directly upward and downward, which makes it difficult to deal with the flying bugs that roam around the facility.

Play X-Zero game online in your browser free of charge on Arcade Spot. X-Zero is a high quality game that works in all major modern web browsers. This online game is part of the Shooting, Action, Platform, and Mobile gaming categories. X-Zero has 11 likes from 14 user ratings. If you enjoy this game then also play games Minecraft Online and Paper.io. Arcade Spot brings you the best games without downloading and a fun gaming experience on your computers, mobile phones, and tablets. New arcade games and the most popular free online games are added every day to the site.