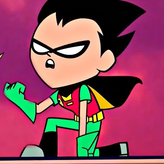 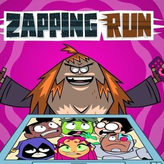 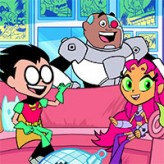 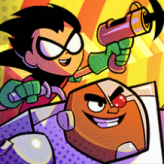 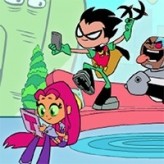 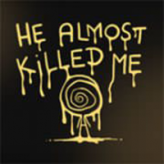 He Almost Killed Me 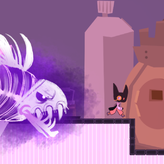 All I Wanted Was a Bouncy Ball 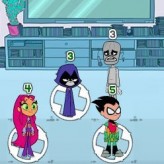 There is a big criminal convention coming and all villains, thugs, and bad guys are gathering! Spoil their fun and defeat them all in Titans Most Wanted! Team up with Robin, Cyborg, Starfire, Raven and Beast Boy in this tactical combat game!

Titans Most Wanted is a turn-based fighting and strategy game based on the popular Cartoon TV series Teen Titans Go. In this game, Robin found out about the upcoming criminal convention while defeating thugs. Now the Teen Titans Team must infiltrate the criminal convention, defeat all the bad guys, and capture the leader and all the criminals in the most wanted list. The game features two attack types: Melee and Range. When two of the same attack type fight, they will counter each others’ blows.

Play Titans Most Wanted game online in your browser free of charge on Arcade Spot. Titans Most Wanted is a high quality game that works in all major modern web browsers. This online game is part of the Strategy, Action, and Anime gaming categories. Titans Most Wanted has 24 likes from 25 user ratings. If you enjoy this game then also play games Teen Titans and Crash of the Titans. Arcade Spot brings you the best games without downloading and a fun gaming experience on your computers, mobile phones, and tablets. New arcade games and the most popular free online games are added every day to the site.