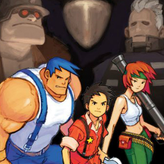 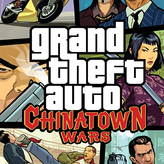 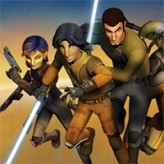 May the fourth be with you! Guide the three rebels as they try to complete their missions. Use each character’s special abilities in Star Wars Team Tactics! Collect rebel coins and upgrade the power of your characters! Use the force or destroy obstacles with your grenade in this puzzle platformer game.

Star Wars Team Tactics is a puzzle platformer game based on the action animated series and movie franchise Star Wars. Join Erza and his friends as they travel and work on obstacles together to complete their mission. Collect all rebel tokens along the way and try to get to the chopper droid as quickly as possible to obtain the three-star master Jedi rank!

This game is also compatible on most Android and iOS mobile phones.

Play Star Wars Team Tactics game online in your browser free of charge on Arcade Spot. Star Wars Team Tactics is a high quality game that works in all major modern web browsers. This online game is part of the Puzzle, Strategy, HTML5, and Anime gaming categories. Star Wars Team Tactics has 1 likes from 1 user ratings. If you enjoy this game then also play games Mario and Luigi: Superstar Saga and Super Mario All-Stars. Arcade Spot brings you the best games without downloading and a fun gaming experience on your computers, mobile phones, and tablets. New arcade games and the most popular free online games are added every day to the site.