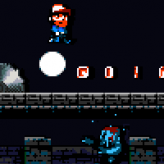 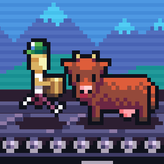 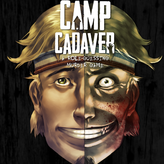 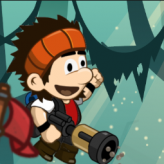 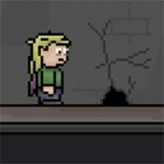 Unlike any other “endless” runner, Serious Dave actually has an “end”. There is a sense of progression because of one thing and one thing alone: there is a level “ending”. Levels actually end. There are quests to complete, there are little battles to win, there is something in each and every corner. The endlessness is completely obliterated here with Serious Dave as Serious Dave does what he does best, being serious. In fact, this is so serious that there are secrets in the previous levels that you already completed!

Play Serious Dave game online in your browser free of charge on Arcade Spot. Serious Dave is a high quality game that works in all major modern web browsers. This online game is part of the Arcade, Retro, and Platform gaming categories. Serious Dave has 1 likes from 1 user ratings. If you enjoy this game then also play games Serious Sam Advance and Dave Mirra: Freestyle BMX. Arcade Spot brings you the best games without downloading and a fun gaming experience on your computers, mobile phones, and tablets. New arcade games and the most popular free online games are added every day to the site.