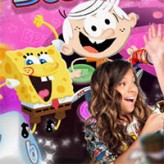 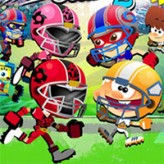 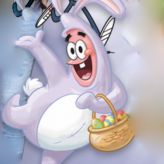 Play as your favorite Nickelodeon character and go face to face with other stars. Play an innovative soccer game in Nick Soccer Stars. Charge up your power meter and unleash your character’s power in the field just to score a goal at all cost.

Nick Soccer Stars takes your favorite Nickelodeon heroes and pit them against each other in a competitively fun soccer game. Face off against opponents from different anime and cartoon series as you fight for the championship. Use your special moves to take out the other team and to score the winning goal! Each character has their own special skill, so use the skills wisely. Nick Soccer Stars features a tournament mode and a random matchup mode. You can also unlock other characters like Patrick Star.

Play Nick Soccer Stars game online in your browser free of charge on Arcade Spot. Nick Soccer Stars is a high quality game that works in all major modern web browsers. This online game is part of the Sports, Action, Soccer, and Anime gaming categories. Nick Soccer Stars has 10 likes from 10 user ratings. If you enjoy this game then also play games Snow Bros: Nick and Tom and Nicktoons Racing. Arcade Spot brings you the best games without downloading and a fun gaming experience on your computers, mobile phones, and tablets. New arcade games and the most popular free online games are added every day to the site.