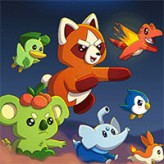 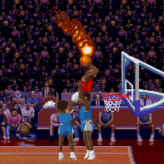 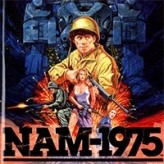 Enter the final moments of the Vietnam War as you step into the shoes of a soldier in a mission to rescue an ex-scientist in Nam 1975! Try to be the final boss battle without dying even once in this challenging war themed shooting arcade game.

Nam 1975 is a 1990 war-themed action shooting game released for the Neo Geo Arcade system. The game is set in a fictional account of the final months of the Vietname war. In this game you will control Silver – a soldier entering the war to rescue Dr. R. Mucky. However, as the game progress, you will soon realize that Dr. Mucky is not the person you thought him to be. Defeat the final boss without having to continue in this challenging game.

Play Nam 1975 game online in your browser free of charge on Arcade Spot. Nam 1975 is a high quality game that works in all major modern web browsers. This online game is part of the Arcade, Shooting, Emulator, and Neo Geo gaming categories. Nam 1975 has 1 likes from 1 user ratings. If you enjoy this game then also play games Beyblade: Tournament Fighting and Dynamons 3. Arcade Spot brings you the best games without downloading and a fun gaming experience on your computers, mobile phones, and tablets. New arcade games and the most popular free online games are added every day to the site.