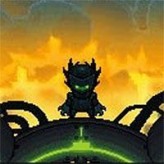 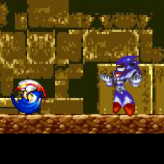 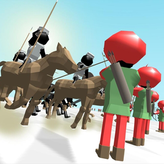 Final Ninja Zero is an action platformer video game where you take control of an advanced ninja. The game takes place 40 years before the events of the first game (Final Ninja 1), and is a super-charged prequel to the ninja swinging series. In this game, the biggest corporations in the world trained various ninjas to do their dirty work and espionage mission, and you are one of those Ninjas. Unfortunately, you are caught into something massive and became the only ninja left. Use your superior skills to overcome various traps and enemies in this awesome action-packed game!

Play Final Ninja Zero game online in your browser free of charge on Arcade Spot. Final Ninja Zero is a high quality game that works in all major modern web browsers. This online game is part of the Action and Platform gaming categories. Final Ninja Zero has 3 likes from 3 user ratings. If you enjoy this game then also play games Final Fight and Dragonball GT: Final Bout. Arcade Spot brings you the best games without downloading and a fun gaming experience on your computers, mobile phones, and tablets. New arcade games and the most popular free online games are added every day to the site.