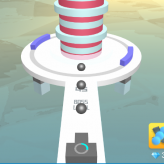 Defeat hordes and hordes of zombies in various game modes using your favorite character from various titles! Use your special powers in Crazy Zombie 8! Charge your special skill and unleash your ultimate move against mutated zombies. Collect coins and items to aid you in your quest against the zombie menace.

Crazy Zombie 8 is a side-scrolling fighting adventure game where you can control your favorite Anime, TV show, or video game character from various titles. Character roster includes Naruto, Golden Frieza, Skullomania, Goku, Zero, Mario, and Hulk. There are also some classic characters like Ultra Man and a lot of others. Crazy Zombie 8 features multiple game modes including zombie invasion. Each game mode has its own rules and goals. More game modes and characters can be unlocked by playing the previous ones. Range characters have major advantages but the game balanced it so that they will have lower HP and damage. Zombies may also drop items, and coins that you can use during the game, or after the level to unlock other features. Have fun smashing zombies in this crazy game – Crazy Zombie 8!

Play Crazy Zombie 8 game online in your browser free of charge on Arcade Spot. Crazy Zombie 8 is a high quality game that works in all major modern web browsers. This online game is part of the Adventure, Arcade, Zombie, and Anime gaming categories. Crazy Zombie 8 has 45 likes from 50 user ratings. If you enjoy this game then also play games Crazy Taxi - Catch a Ride and Crazy Frog Racer. Arcade Spot brings you the best games without downloading and a fun gaming experience on your computers, mobile phones, and tablets. New arcade games and the most popular free online games are added every day to the site.