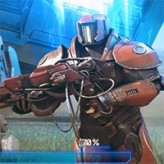 Discover, explore, and build on a new planet and protect it from invaders in this awesome futuristic real time strategy game – Battle for the Galaxy! Build an Outpost and start training your army and prepare to wage war!

Battle for the Galaxy is a browser based real time strategy war game where you play the role of a commander of an advanced army. Build your base, gather resources, expand your army, and participate in a strategic combat and wage war for supremacy. You may also upgrade your units or create defensive towers to further expand and defend your territory. Attack your enemies and plunder their resources to earn medals. Band together with other players and form alliances, corporations, and guilds and compete with other player-created teams to rule make to the leaderboard and prove dominance!

The game takes a while to load. Please be patient.

Play Battle for the Galaxy game online in your browser free of charge on Arcade Spot. Battle for the Galaxy is a high quality game that works in all major modern web browsers. This online game is part of the Multiplayer, Strategy, and Action gaming categories. Battle for the Galaxy has 2 likes from 2 user ratings. If you enjoy this game then also play games Sonic Battle and Bakugan: Battle Brawlers. Arcade Spot brings you the best games without downloading and a fun gaming experience on your computers, mobile phones, and tablets. New arcade games and the most popular free online games are added every day to the site.